For several years now, Paris Office Project has been involved in the world of sport! This commitment has taken the form of a partnership with Perrine Laffont, a promising young skier. Seeing her sheer determination during her first competitions, POP immediately believed in her potential. ​ 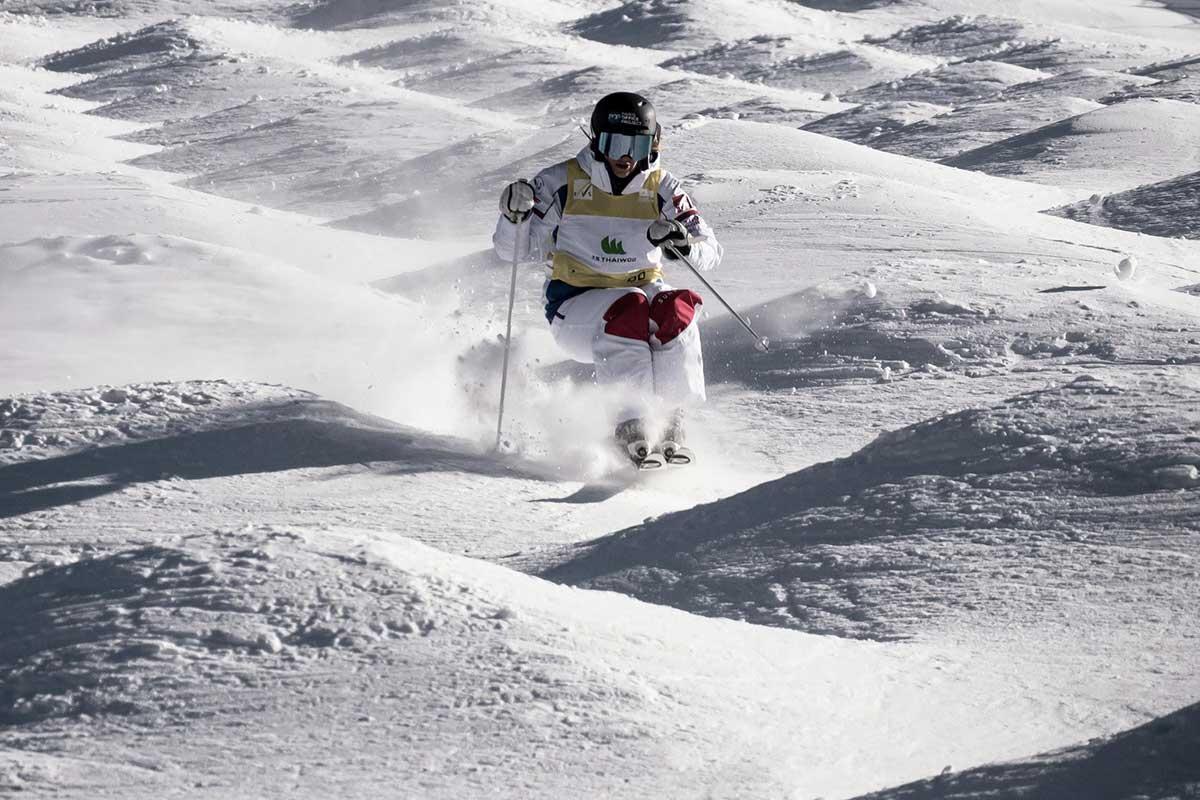 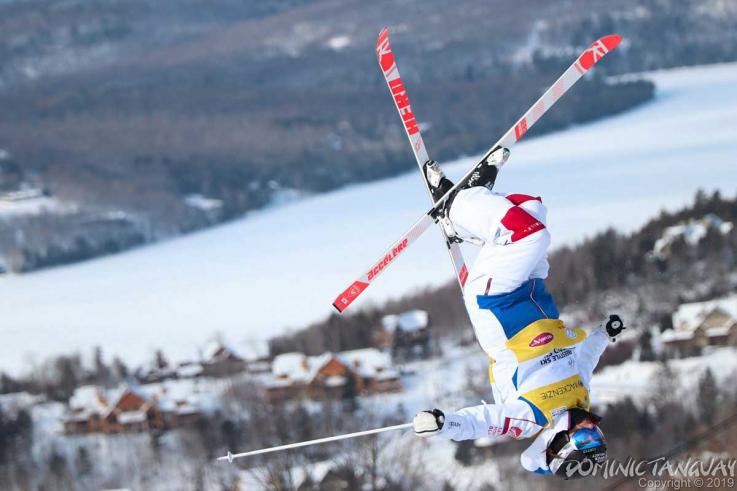 Portrait of a French skier with a bright future

Laffont was just eight years old when she decided to try out mogul skiing. But it was in 2014, during her first competitions, that Paris Office Project decided to strike up a partnership with the young skier. Perrine’s career was just beginning but seeing her dynamic, ambitious personality, POP, and especially Pierre Macchi, had total faith in her and her extraordinary talent.

Now, at just 20 years old, she is a cornerstone of the French ski team. Thanks to her energy and passion, she quickly rose to the top and made a name for herself internationally in this discipline. Alongside her passion, she is still pursuing her studies and is currently working towards a technical degree in Marketing Techniques.

In 2018, she was crowned the Olympic Champion at the games in Pyeongchang: an extraordinary feat for such a young skier. She was also proclaimed Dual Moguls World Champion in both 2017 and 2019, and rose to the top of the general World Cup rankings in 2018 and 2019.

Her victory at the Pyeongchang Olympic Games was particularly significant for her, as she explains to us: “The Olympics are the Holy Grail for any athlete. It’s the competition we look forward to every four years. It was my dream to win the gold medal!” Despite her thirst for competition and her series of victories, this champion does not focus on her personal achievements: “My goal isn’t necessarily to have the best record of achievement in France. I do this for myself and to get people talking about my discipline, to raise awareness of it and to encourage people to try mogul skiing.”

Next season should be a quiet one for Perrine. The next World Championships are in two years and we have three years to wait until the Beijing Olympics.

To excel in this sport, motivation is key. Perrine tells us the secret to her success: “First of all, you need to be passionate. You should ski because you love it, basically. And you have to keep that in mind at all times: even in competitions later on. You mustn’t be afraid of hard work if you want to compete at a high level, especially if you aim to be champion. You need to train and work hard.” And before every competition, the most important thing is to stay in a positive head space and concentrate on the challenge ahead: “Before each competition, I concentrate on what I need to do on the slopes and on the little things I need to improve. I just focus on that. I try to avoid negative thoughts; I want to stay in my positive bubble.”

Perrine tends to train at the gym at the Albertville National Center and on the slopes at the Glacier in Tignes in the Alps. Depending on her season objectives, she trains up to five hours per day: “At the training stage, it’ll be about three hours of skiing in the morning and two hours at the gym in the afternoon.”

Her upcoming competitions aside, her dream is to ski in the Himalayas. It’s clear that skiing occupies an important place in her life. “You have to be organized to combine all this with loved ones, with spending times with friends and family.” she says. “I try to go skiing with my friends but it’s hard sometimes, like when the season is over and I go back to university. I’m so busy but it’s important to find time to ski for pleasure and not just to compete.” 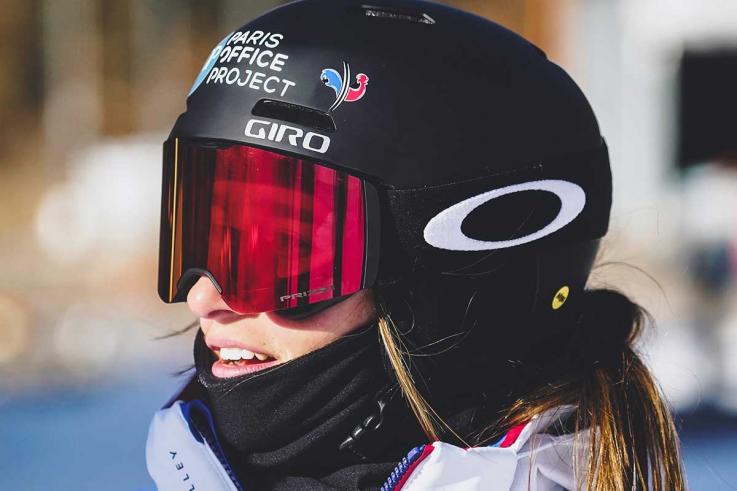 Spotted by POP at the very beginning

sponsored Guilbaut Colas, a skier for the French team and World Champion in 2011. In 2014, when he decided to retire, Perrine was looking for sponsors: “Guilbaut kindly introduced me to Pierre Macchi from POP and asked him if he wanted to carry on supporting the sport by sponsoring me. Pierre was keen from the very beginning, so POP has been my main sponsor since 2014.”

More than a partnership: a relationship based on trust

The partnership between POP and Perrine Laffont is truly based on trust. This collaboration has proven to be solid and enduring thanks to shared passions and common values, such as a competitive spirit and desire to succeed. “POP helps me to fund my sporting season and we work together on marketing. We try to work side by side. I keep the team updated regularly.”

In Perrine’s eyes, this is a key sponsorship, as POP has been with her ever since her very first competitions: “POP always believed in me from the beginning. I was 15 at the time and hadn’t achieved any amazing results. But they trusted in me straight away. The goal was to take me to the highest level, with a victory at the Olympic Games, and we did just that last year. It’s a very positive, successful collaboration.”

And it’s a partnership with a bright future, as Perrine is just getting started and is sure to go far in this sport.

In the same category 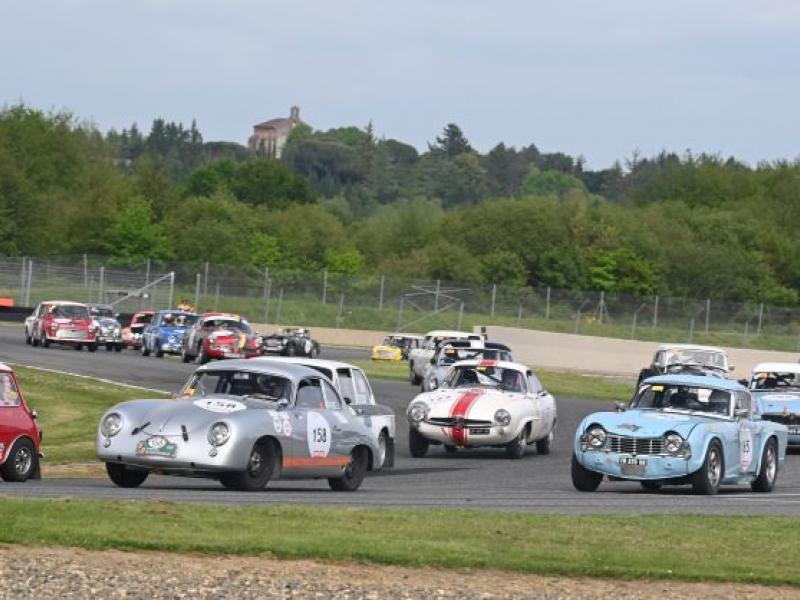 For the 5th consecutive year, a cocktail was organized by POP and LA FRANCE CONTINUE on the occasion of the 31st edition of the TOUR AUTO at Porte de Versailles in the company of our Olympic champion Perrine LAFFONT 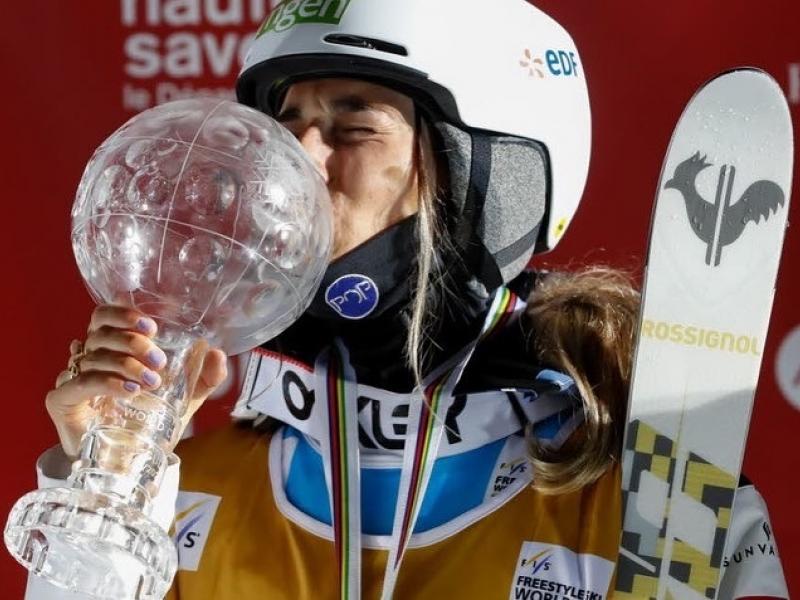 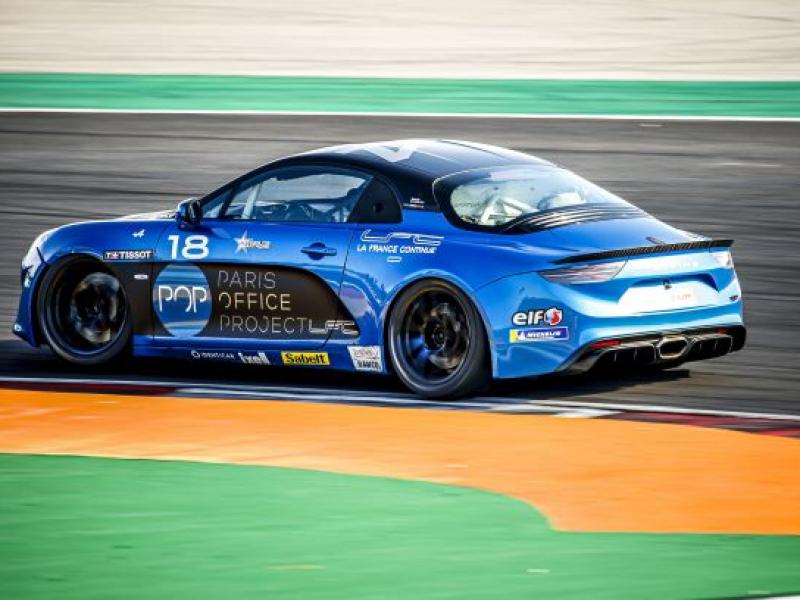 Paris Office Project and La France Continue, a Franco-French Group that shares its passion for skiing and motorsport by highlighting “made in France” 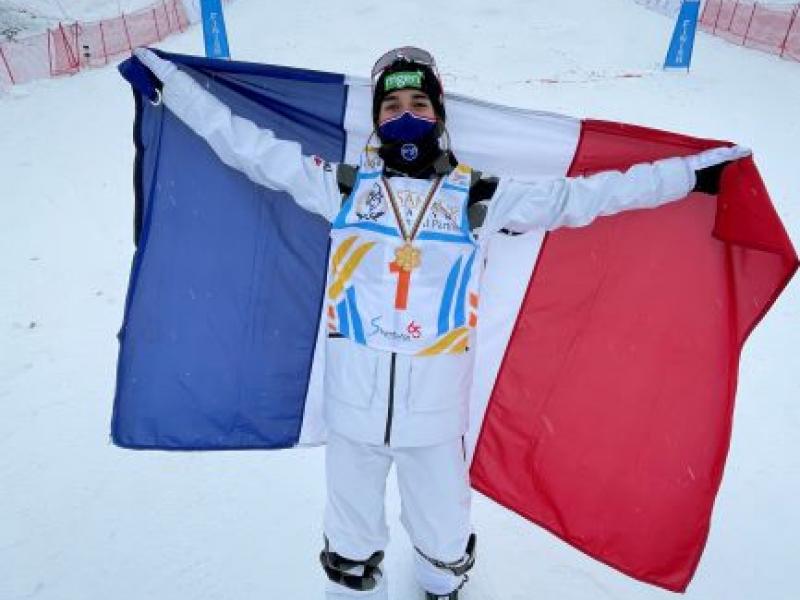 POP, official sponsor of Perrine Laffont, is pleased to announce Perrine's victory at the World Championships on March 8, 2021 and looks back on the exceptional record of this Olympic champion (gold medalist), who won several times in the World Cup. 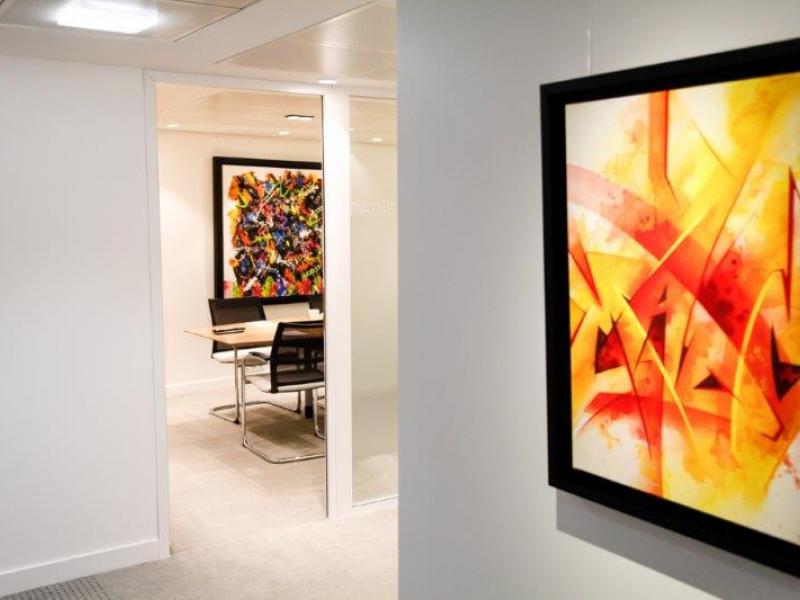 Our projects
Meeting room rental at POP : our commitments to you
11/Mar/2021

How to choose a meeting room among the many rental offers on the market? At POP, we do everything to facilitate the organization of your meetings and we are committed to providing you with professional and impeccable service. Discover our commitments. 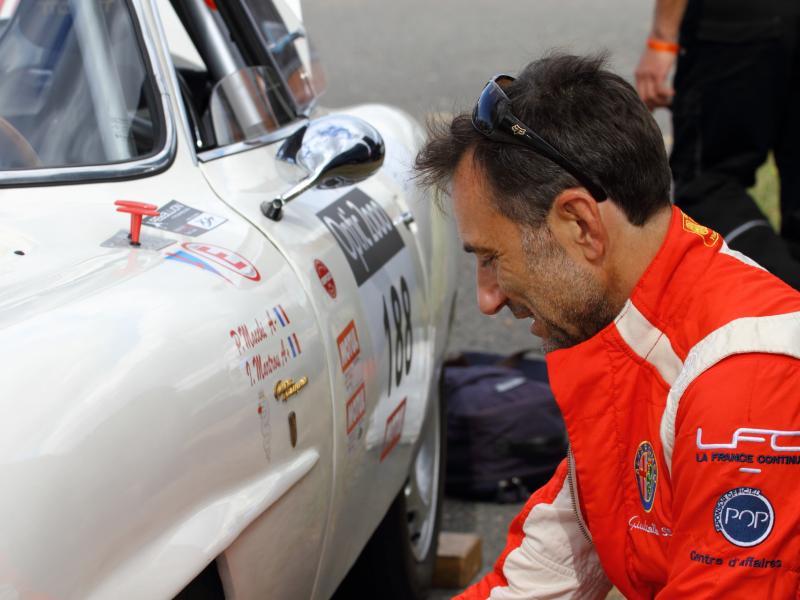 It was with great pleasure that POP returned to TOUR AUTO in September for its now traditional cocktail organized at the Grand Palais. 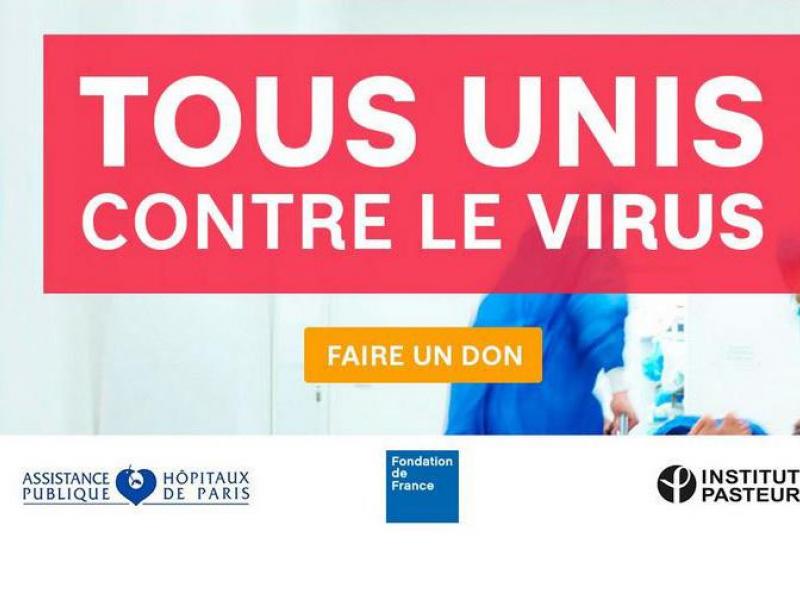 Our business center supports researchers at the Institut Pasteur in their search for a vaccine against COVID-19. 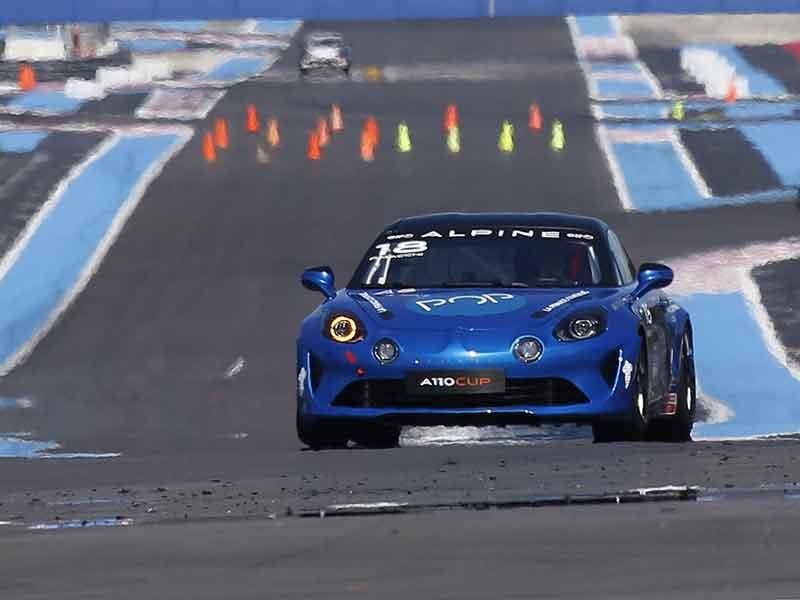 As part of our partnership with sports car brand Alpine, we regularly organize track days for our clients. We take a look back at the last event, in late March 2019.